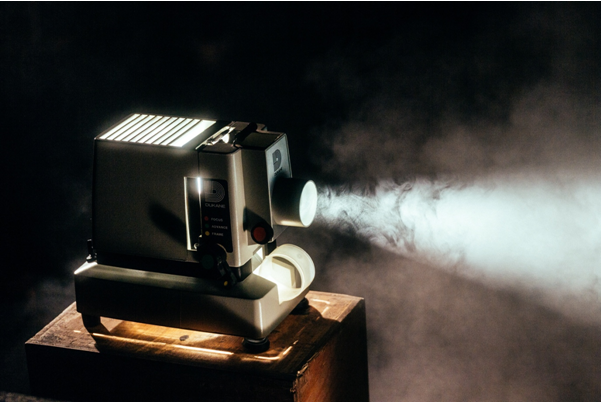 A Career in Film and TV Industry: Film Making Colleges and Courses in India

‘Light camera action!’ are the magical words for many who would like to be involved in film making and make it as a career. Indeed, what better place then India to do so. The Indian film industry is the largest in the world in terms of number of films produced; 1500-2000 films are produced in India every year in more than 20 languages.

According to a report by industry lobby PHD Chamber and bed & breakfast accommodations aggregator BnBNation, Indian film industry is expected to grow at 11.5% yearonyear, reaching total gross realisation of Rs 23,800 crore ($3.7 billion) by 2020. The country is home of the one of the most important cities in the global film industry, Mumbai.

A famous Hollywood actor Brad Pitt once said in an interview That “I would love to work in a Bollywood film as there is so much drama and colour in the films there.” With more than two thousand multiplex theatres in India as of 2015 and more than 2.2 billion movie tickets sold in India in 2016, India is the leading film market in the world.

There were about 248,600 people employed in the film industry in 2017 and this number is going up. Thus there are lot of job opportunities available in the industry. Film making is not simple and lot of expertise is required including storytelling, direction, screenplay, cinematography, acting, funds and locations for shooting. Film-making is just not about direction; film-making means many aspects of the film creation including direction and production.

It’s just not movie making – it’s a marriage of technology and art. If you look at Lion King, so much from related industries is required to make such a movie. So we have animation, engineering, sound and music industry and much more than just plain movie-making segment. YouTube video production is an industry in itself. Avatar movie was in close collaboration with computer software, hardware and virtual reality. Thus there are more than ten lac employees in ancillary and related industries.

Colleges and Courses for Film Making

So what do you envision for yourself;  working with actors or hang out behind the scenes, editing the narrative into a cohesive whole. Lots is involved in both segments. So if you want to work in production or directing, animation or documentation, you require a undergraduate or a post graduate degree in film that can help you bring your dreams into focus.

Some programs can be completed in two years, but the majority will take a full three. Undergraduate programs are fine arts degrees, emphasizing creativity. Rest are post graduate degrees, teaching you the theory and practical coursework and research. Thus from a cameraman to a director, a degree in Film and related courses will help you get your foot in a competitive industry.

Top Institutes of film-making in India

Various roles in Film Making for which one can study

He is the overall boss of the film project. It's his vision and money, which produces the film. He chooses the Director for helping him make the film.

He or she is the producers chosen person to make his vision a reality. Director is the person who is the leader on the floor for the producer. He converts the story into a film.

He gives shape to the film. It's his job to convert the jumbled shootings to sequence. He works very closely with the director and the producer. He chooses re-shots, what needs to be cut away, special effects and synchronizes the soundtrack.

He converts the story or book into a format fit for the screen. He usually is a literature graduate and has a knack of story writing.

They are the main role players of the story. They could be smart, debonair, lovely, witty and fashionable; but all need to have acting skills.

Animators are technicians with strong computer skills as well as artists who can draw and convert the drawings into motion. Lot of movies these days use animation in a big way.

lighting, camera angles, locations, sets, dresses and much more. This is a job with high technical expertise requirements.

He is the artist with the camera, a photographer with skills in video shooting. He is highly technical and well versed in the art of all formats of photography.

They are the wizards, who convert locales and sets into the right mood for a scene with lighting skills and penchant. This job requires high technical skill and experience.

These are artists who have degrees in Audiography or Audio Electronics and are adept at recording, dubbing, sound mixing and special sound effects and maintaining the sync with the video.

They are the overall in charge of music for the movie. They select musical arrangements for the production, review the musical scores, choose soloists and oversee rehearsals. Music directors need a bachelor's or master's degree, as well as work experience, depending on the position.

They write original music for songs and other portions of the movie.

Journalists well versed in practically all the general knowledge of the movies. Their jobs is to review and rate movies, conduct interviews as well as write for the media.

They preserve and store films. These days they convert the analogue films into digital format.

Technical courses in film making require 10+2. Major courses in prominent schools and colleges require graduation. Almost all courses will have be aptitude testing for entrance. The courses include diplomas, degrees and certificates in almost every specialization – directing, cinematography, animation, acting, photography, animation etc.

Film and TV industry is at the threshold of a transition! Over the Top platforms, digital relay of programs as well as generation next cinema is dismantling the age-old methods of film making and bringing about a change in how films are made and presented. Anyone with a creative mind and digital acumen can choose this career. It’s not only limited to film making but also involves making shows, dramas and programs for TV, Digital Mediums as well as Radio. It’s an exciting time to be in industry full of glamour and talent. It is the medium of the future. Thus, study hard in this science to fulfil your dreams and passion.