Top 10 Colleges of Delhi University with Cut-offs and Placements 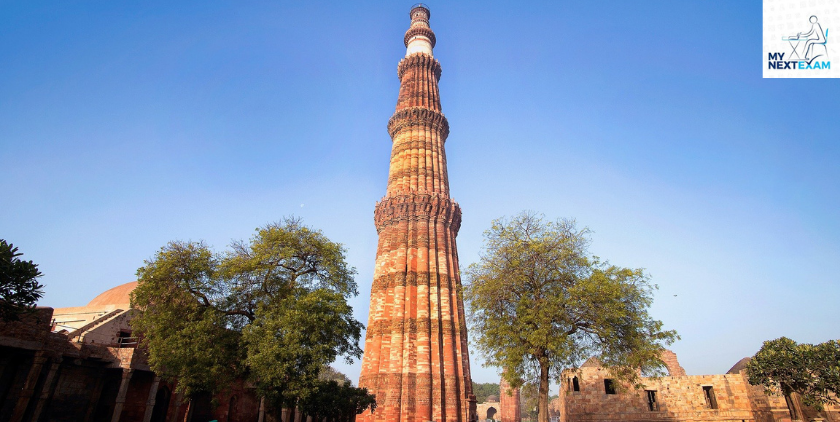 Delhi University is a dream university for a lot of us and why shouldn’t it be? The university is a hub of over 91+ colleges divided into North, South, and Off-campus offering courses ranging from sciences, commerce, Arts, Social Sciences, Vocational courses. If I list down all the courses in all the colleges the list can go endless. The admission is also not easy. If you are aiming for the top colleges under Delhi University then previously cutoffs were starting from 100%. By 2021, the government has decided to make the process centralized by having a common admission test that will have 60% weightage in the admission decision, but this does not mean that your board marks won’t matter anymore.

In this article, we will talk about the Top 10 DU colleges, Courses that are famous for the general cutoffs and placement rate.

You can also Identify the college as the image of Delhi University. It is the St. Stephen college building which is used on all websites and the portal representing the university. The college is a brand in itself. It was founded in 1881 and is one of the primary colleges on the university list. The red sandstone building by architect Walter George is one of the most comely buildings on the campus. The college has its own standards for taking up the students in college. You have to fill out the form of the college separately by going on their website and paying the fee. They will give you a call if you meet all criteria apart from exceptional academics. Then the candidate has to go for an interview to finally get into the college. This process cannot be seen in any other college in Delhi University. The college is known for its courses in Arts and Sciences such as B.A Economics, English, History, Maths, philosophy, BSc Physics, chemistry, and many BA programs. The famous alumina base is something you should also look at. The college has successfully provided the country with businessmen, Politicians, Actors, Journalists, Lawyers, and many more. A few famous faces that you will be able to know are Dr. Shashi Tharoor, Kabir Bedi, Kapil Sibal, and Barkha Dutt. The college has decent placement and internship records, but Highly appreciated packages are sometimes just a few courses. placement of around 14 lakh as the highest package and 8.3 Lakh as the Average Package has also been there over the previous year. The cut-offs range from 100% to 95%.

The popular SRCC of Delhi university is the most talked-about college for all of us and of course the dream college. The college is one of the top colleges in the center of the north campus. The college is also very well known for their ever-rising cut-offs. For 2020 the college cut-off list started from 99% for its top courses B.com and Economics honors. It is considered one of the best institutes for commerce and is on the wish list of most commerce students. College also has a decently working placement cell and is considered the best institute with respect to placement records. Over past years it has also recorded 100% for students who sat for the interviews.

The premium institute of Delhi University with its lush green lawns and red stoned architecture is another dream college for many commerce and science students. But the college is more popularly known because of its notable alumni and the drama club. The other name for Hansraj is Sharukh Khan’s College, he is a notable alumni. Other known faces who spent their precious 3 years are Ranvijay Singh, Anil Aggarwal, Ajay Mittal. The college offers courses such as B.A Economics (Hons), B.com (Hons), B.sc Chemistry (Hons), Botany (Hons), Physics (Hons). Apart from the general courses the college also offers certificate courses in a foreign language such as French and German. It has a decently performing placement cell and there have been big names such as EY, Deloitte, Reliance, OLA coming for on-campus hiring. The cut-off for commerce courses ranges between 98-96% for the general category.

Another creamy layer college picking only the best from the loop is the very popular Hindu College. It is also referred to as the crown of Delhi University. The college has a large ground area with lush green gardens, hangout spots, A graded Sports Complex. The college one of the first colleges that come up under Delhi University and is there since 1899. It also has a notable alumni base just like the other popular DU colleges. Big Names have passed from the institute are Arnab Goswami, Gautam Gambhir, Arjun Rampal, Imtiaz Ali, Tisca Chopra, and many more. The college is also popularly known for its annual event Mecca and the placement session. All Big 4’s, TSC, P&G are some of the big names who have visited the college.

The All Girls Christian college is in the heart and high-security area of Chanakyapuri, Delhi. It is one of the very well reputed colleges in the south campus and is surrounded by the Offices and Embassies. The College is one of the dream colleges for the girls, it offers a wide range of courses in the B.A, Commerce, and science courses. The Top courses are B.com (Hons) and Economics (Hons). It also offers certificate courses in association with RK academy. There is always a party-like atmosphere in the college as it is the home to numerous societies. Every day is a new event day on the campus. The Placement is also decent for Hons courses. Top companies such as Genpact, Deloitte, Wipro, TSC, and many more. The cut-offs range from 97-94% for Hons Courses.

Another Top-notch girls’ college and a very popular south campus college of Delhi University is located in the market area of Lajpat Nagar and Kailash Colony. The college is known for its humanities and social science courses. It is also very well known as the highest placement package provider at Delhi University for freshers. Top companies like Nestle, Mckinsey, DE shaw are loyal visitors to the campus and offer mega placements to the students. The cut-offs are also sky rising. Starting from 100% to 97% for some of is popular courses like Bsc Mathematics, Economics (Hons).

Another college with a legacy of over 100 years in Delhi University is Ramjas College. It is the main campus area of the North campus surrounded by other colleges. The college has a reputation for politics. It is said to be the hub of major political activities by freshers in the University. But there is much more. The college is an attraction for top-notch students, multiple societies running around all the time, popular courses, and annual events. The major courses offered are BSc. Physics (Hons), B.Com. (Hons), B.A. Economics (Hons), B.A. Sanskrit (Hons), B.A. Programme etc. Notable alumni include Indian actor Manoj Bajpayee, director Prakash Jha, actor Shekhar Suman, and singer Papon among others. The placements are decent.

Maintaining its number one position for many years Miranda House is the Dream college for all the girls and is a Top-Graded Girls College. It is the very first college as you enter the north campus. It was established in 1948. Major courses offered are B.A. Economics (Hons), B.A. Political Science (Hons), B.A. English (Hons), BSc. Chemistry (Hons) etc.

The College was established in 1954. It is another Top Graded college in the North Campus of Delhi University. The major courses offered are B.A. Geography (Hons), BSc. Zoology (Hons), B.A. Bengali, B.Com. (Hons) etc. Some notable alumni include Amitabh Bachan, playback singer KK, Satish Kaushik, and actor Shakti Kapoor. The placement cell is very active and constantly works towards getting all their students placed. The cut-offs are sky rising just like other top-graded Delhi University colleges. The cutoff ranges from 98%-94% for the general category.

The college is the crown of the south campus. It is one of the top-graded colleges in the South and off-campus. The college came up in 1961, and its major motive was to impart select education to South Indian students. Some of the very popular courses offered are B.Com. (Hons), BSc. Life Sciences, BSc. Chemistry (Hons), BSc. Mathematics (Hons), BSc.Biological Sciences (Hons). The college has a very active and fully functional placement cell which ensures that the numbers are always high. The cut-off for the college is no less; it starts with 98% and goes as low as 95.5%. 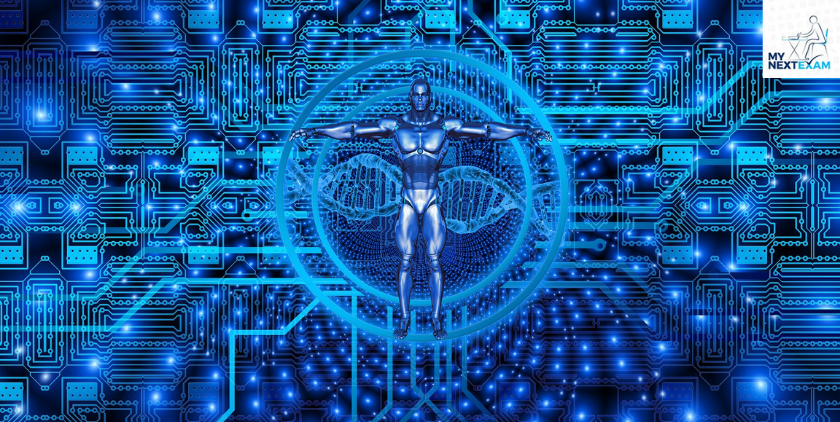 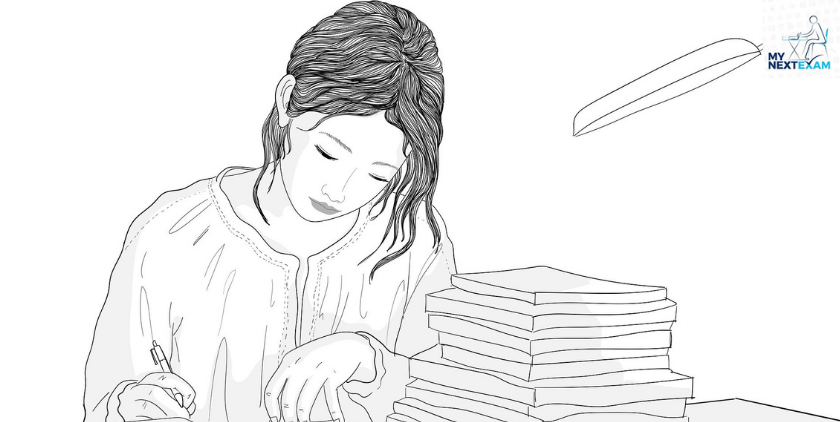 Ways To Prepare For Civil Service Exam In India 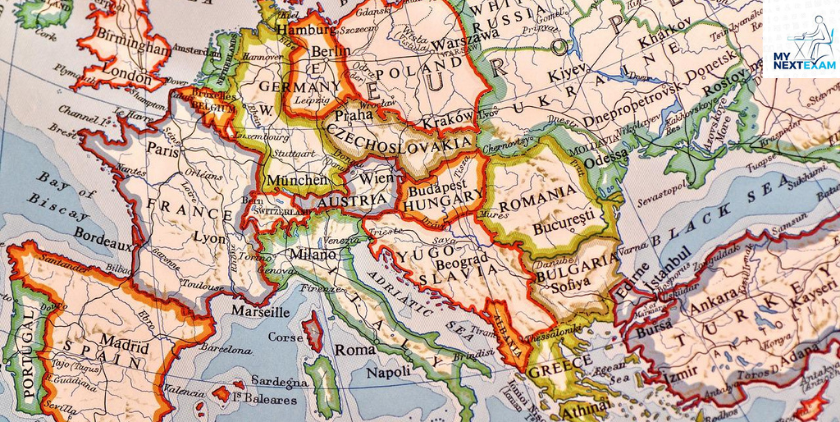 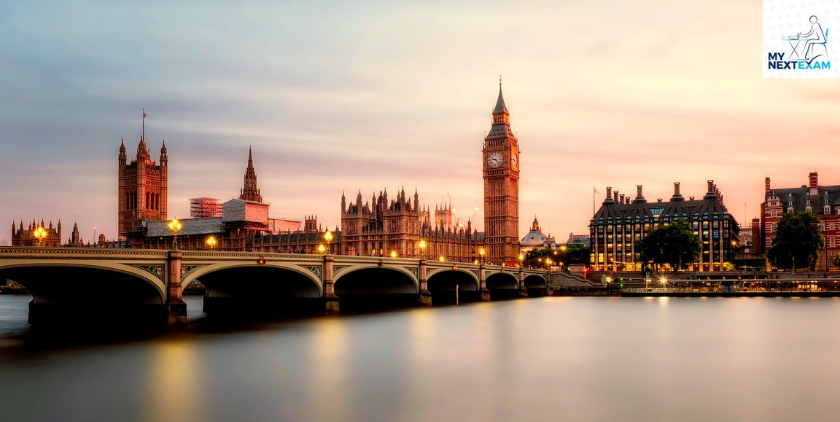 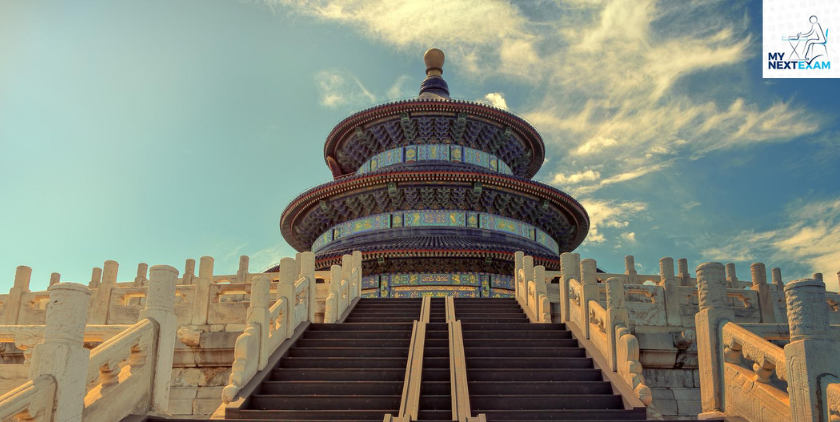 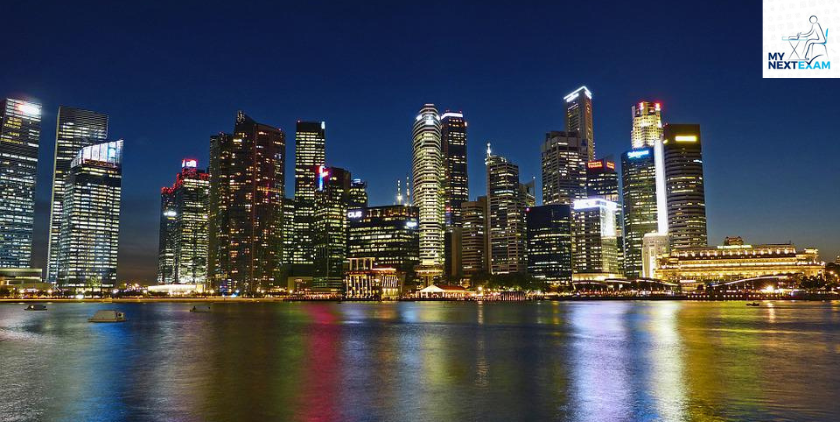 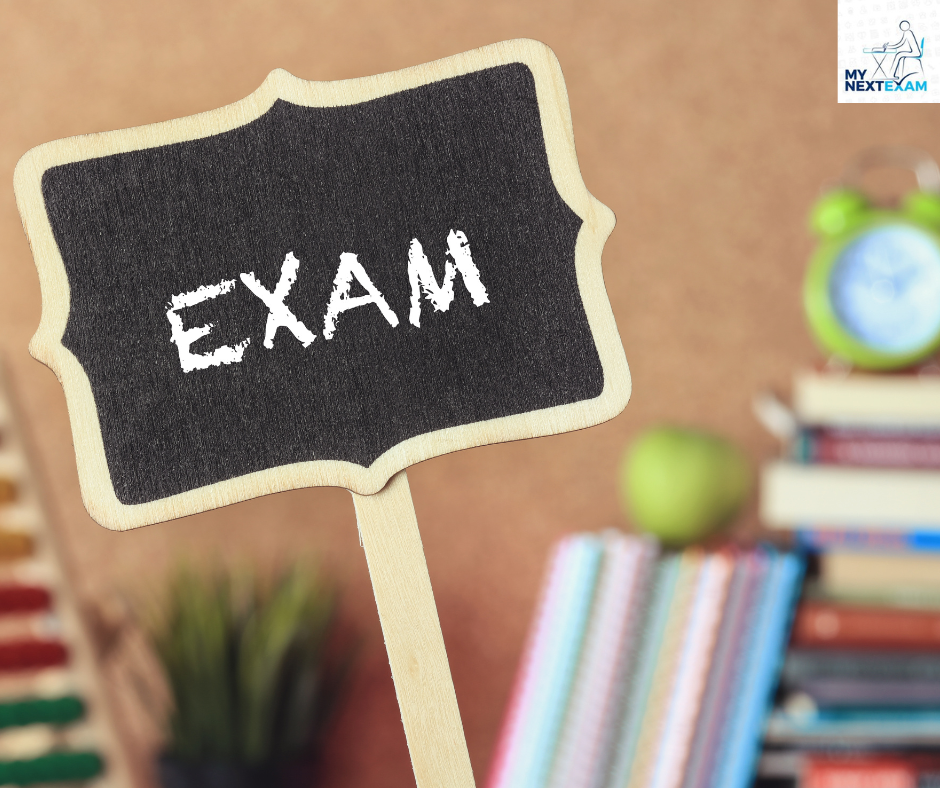 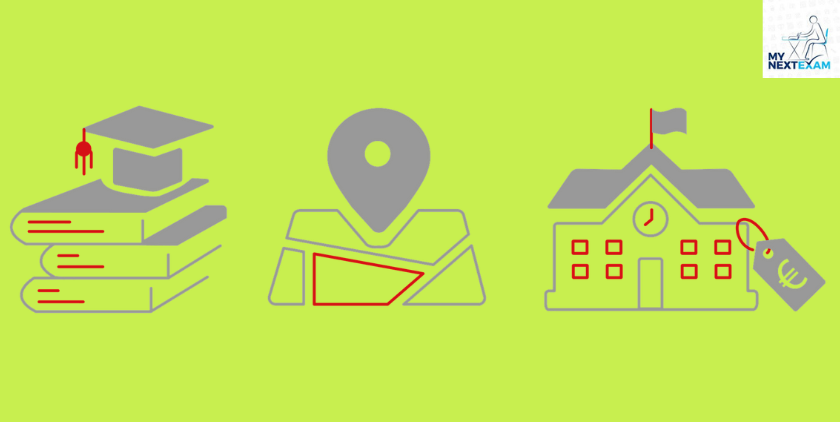 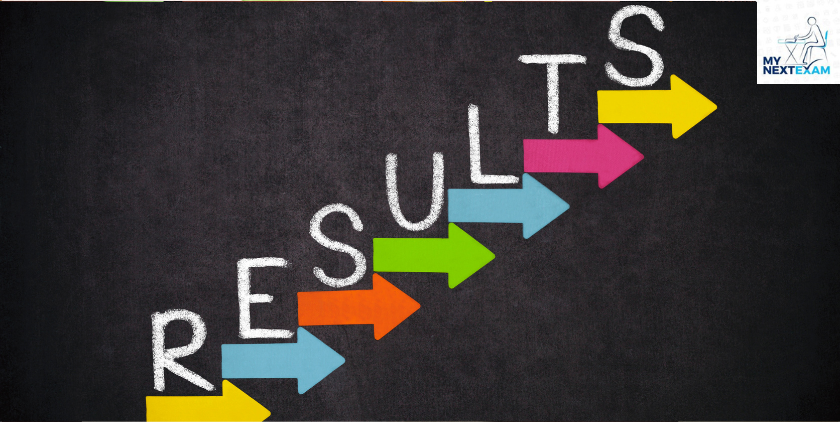 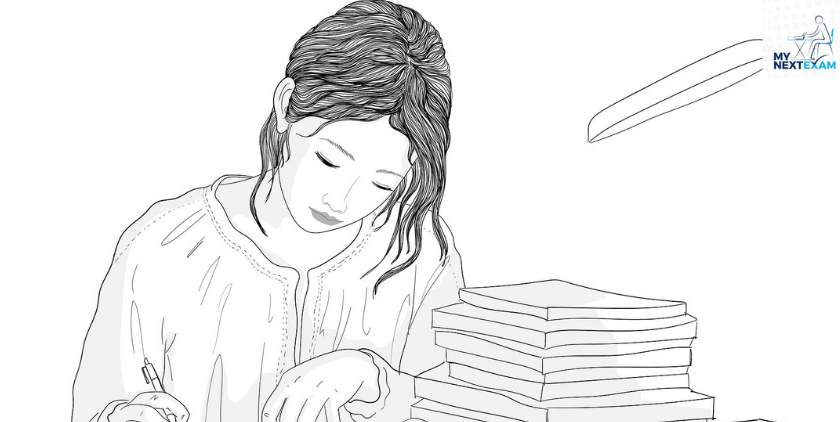